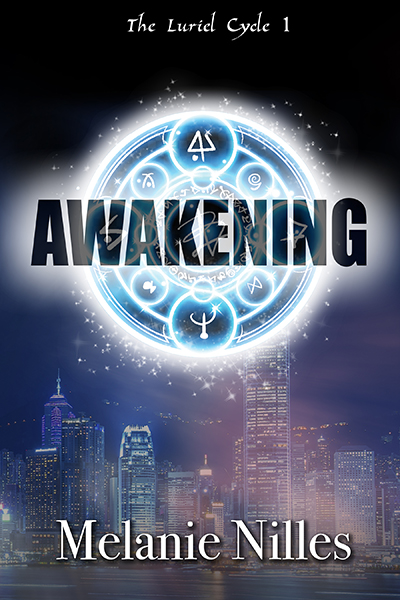 Lilly has been marked for death by daemons from a hidden world, a place known as the Shadow Realm. Within her has awakened the spirit of their enemy, one of the luriel. Such beings are myths to her, but one man is out to prove that they exist. The daemon slayer, Mychel, will introduce her to a world of shadows and light hiding beyond the comfort of science and technology, where ancient myths are real and an eternal war rages on, a war in which she has now been conscripted to fight.

One daemon is doing his best to destroy her before that happens. In human form, Darrac is able to get close to her and soon realizes that she is different—through Lilly, an ancient power has revived, a terrible power than can end the war…by eliminating both luriel and daemons. But destroying that power would mean sacrificing the one who has changed his heart.

Time is running out as the luriel within Lilly matures and her powers grow. One choice will determine the fate of two realms.