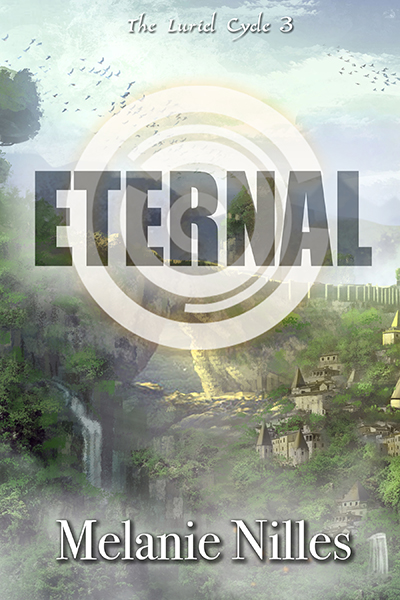 For millennia, the world of Ahlias was guided by the whims of the Shadow Realm’s beings. Daemons unleashed their fury hunting down the enemy luriel hiding inside humans. Those Awakened humans struggled to survive until they could one day Ascend to join the ranks of the luriel fighting the daemons in the Shadow Realm. The cycle of Awakening, Enlightenment, and Ascension was all they knew.

Lilly has the power to end the luriel cycle, defeat the daemons, and restore the balance of the Eternals. She has learned to use the Un’Dei within her. She has seen the truth about the luriel and daemons. And she has accepted her fate. The time has come to cross the bridge to the Shadow Realm to end the war that has shaped her world and stolen the man she loves.

But the Shadow Realm is no place for a mortal…