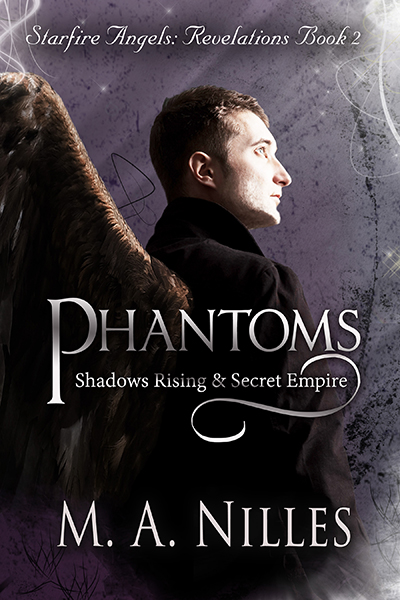 Part 1: Shadows Rising
A shadow lurks in Corou Daris, something even darker than his past service as a Shirukan soldier. He thought he could escape it by serving the humans in watching and understanding the Inari; but when a troubling scan of Earth sends him, Nare, and Agent Cross to the Inari homeworld for an explanation, his demons arise from the ashes of the past. The last thing he wants is for Nare to see that side of him, yet the connection between them is undeniably strong. When he finally lets her in, she finds a truth more horrifying than anyone expects.

Part 2: Secret Empire
The Shirat Empire has been hiding a secret inside its soldiers, and the Red Files hold the key to its true plans. When Daris and Nare return to where an unauthorized copy of the Red Files was hidden years ago, their adventure into the dark corners of the Shirat Empire begins. However, the shadow in Daris is taking control and time is running out. Only Nare holds the power to scatter the darkness growing inside him, but it may not be enough. Still, she’s not giving up, especially since the secrets they uncover could tip the balance in a war for survival they didn’t know they were fighting.