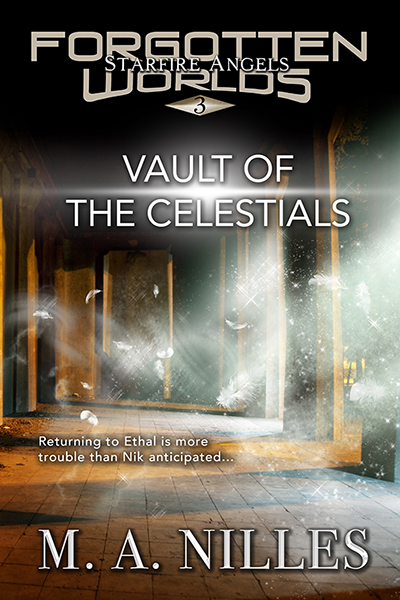 Vault of the Celestials

Book 3
Returning to Ethal wasn’t what Nik wanted. His leaving wasn’t on the best of terms—he defied his family and abandoned his responsibilities. But he has sworn to help Nya complete her mission. Unfortunately, confronting his past is only the beginning of their troubles; Nya’s life may be in danger on Ethal.

To make matters worse, when Nya disappears in the Vault of the Celestials, Nik and Vel get trapped trying to rescue her. The temple contains mysteries never revealed, until Nya’s presence provides the key. They must solve the puzzles of an ancient past to learn the secrets of the Vault and expose the shadow threat to their mission.